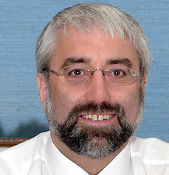 Prof. Paul Abbott is the Winthrop Professor of Clinical Dentistry at The University of Western Australia (UWA) where he co-ordinates and teaches both the undergraduate and postgraduate endodontic programmes. From 1986-2002, Prof. Abbott worked mainly in private specialist Endodontic practice with part-time university appointments. In 2003, he was appointed Head of the School of Dentistry at UWA and Director of the Oral Health Centre of WA, positions he held until 2009. From 2010-2012, he was Director of Postgraduate Studies and Research. Now he concentrates on teaching and research, as well as working part-time in private practice. He has presented over 700 lectures and courses in 40 countries. He has published over 130 articles in refereed journals and 18 textbook chapters. He serves on Editorial Boards and Scientific Review Panels of 17 journals. Prof. Abbott is a Past President of the International Federation of Endodontic Associations, the Asian Pacific Endodontic Confederation and the Australian Society of Endodontology. He has been a Director of the Australian Dental Council and is now a member of the Dental Board of Australia. In 2004, he was awarded the University of Western Australia’s Excellence in Teaching Award and in 2008 the Australian Dental Association awarded him their Service Medallion.